END_OF_DOCUMENT_TOKEN_TO_BE_REPLACED

I absolutely LOVE this little radio!  It is my first ham radio, and is what I used to make my first ever ham radio QSO with KD5LQD. If for no other reason that that, it has secured a soft spot in my heart forever.

However, there are plenty of other reasons to love this little guy. Little though it may be, it is absolutely packed with features and abilities. I’m using the Diamond NR770HNMO antenna on my car, and I did upgrade the rubber ducky (you’re the one) to the Diamond SRH320A.

On to the review.

END_OF_DOCUMENT_TOKEN_TO_BE_REPLACED

I was searching for the best way to study for the exams. I’m usually a hands-on kinda guy so I prefer classroom environments to learn in, but didn’t see any local that were scheduled when I wanted to study. I did buy the ARRL books, but they looked like a LOT to slog though. In my online searching, HamTestOnline kept coming up so I checked them out. The reviews on eham.net were extremely favorable, so I tried out the first module for the technicians exam. Within a week I had bought the other two modules as I knew this was what I was looking for.

Following is my review.

END_OF_DOCUMENT_TOKEN_TO_BE_REPLACED

Boredom alert… I claim no responsibility if what follows makes you fall asleep and bang your head on your keyboard. Fair warning.

I’m a web designer/developer and 3D animator by trade. Besides that and ham radio, I like working out in my shop making things out of wood, taking pictures, shooting guns, learning to play the harmonica, and relearning how to play my guitar.

I have a very patient wife, 3 grown and outta-tha-house kids, and a Black Mouth Cur rescue by the name of Nella.

I’ve been interested in ham radio all my life, but only recently found myself in a position to do anything about it. I passed all three exams on April 9th, 2016, to earn my Extra license. Today, I got my final callsign, K5HH.

My intentions are to use this site to chronicle my ham endeavors as a nOOb so that it may be of use to other new hams, and maybe entice non-hams into the hobby.

So, welcome to K5HH.com, I hope you enjoy it. 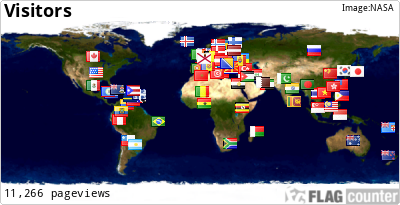